NALE is to NALI 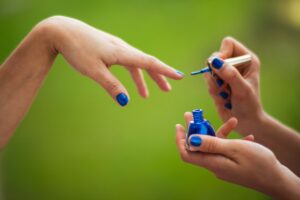 After June 2021 the transitional compliance approach period for Non-Arm’s Length Expenditure (NALE) will come to an end. It is an appropriate time for a final assessment of whether all expenses are on an arm’s length basis. The draft ruling 2019/D3 set out some examples where we can read in detail of possible non-arm length events that may arise in an SMSF and where Non-Arm’s Length Income (NALI) will be taxed at 47%.

Following are some examples that will be caught under these rules.

Jenny bought a commercial property from her brother James for $700,000, however, the market value of the property was $1,000,000 by an independent valuer. She did not consider the difference of $300,000 as an in-specie contribution to the SMSF. So, both the parties did not transact on an arm’s-length basis. As a result, any income generated from the property will be considered as NALI (non-arm’s length income).

After a few years, Jenny disposed of the property for $1,200,000 and made $500,000 capital gain which will all be considered NALI due to the non-arm’s length acquisition of the property.

Capacities in which activities are performed

This is a hot topic in the SMSF industry. There has been a lot of discussion around individual trustees who work as an adviser, accountant, tax agent, share trader or even property builder to perform services for their SMSF on an arm’s length basis.

Tom is a stockbroker who is the trustee of his SMSF. He purchases stock for his SMSF using his business resources but never invoices the SMSF. As a result, this service is considered a non-arm’s length arrangement under the non-arm length expenditure provisions. And all income generated from the shares will be considered NALI.

Tom could avoid the non-arm’s length issue if he performs the service in his capacity as trustee of the SMSF without using his business resources.

These rules will have a significant impact on accountants and tax agents who use business resources to prepare their own SMSF accounts and returns and do not charge an arm’s length fee. This could potentially lead to all the fund income being NALI.

To determine if NALI or NALE exist, you should ask –

Has there been non-arm’s length dealings and either:

We recommend that you closely review all situations where these provisions could apply, as the tax consequences can be significant.