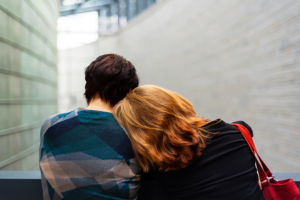 Relationship breakdowns can be an emotional time when it can be difficult to make considered decisions. This article discusses breakdowns between spouses who are members of the same SMSF and some things that their accountants and advisers can discuss with them, when going through this process.

HOW MUCH EACH MEMBER IS ENTITLED TO

The first step is to consider how much each member is entitled to. This is generally based on their member balances based either on the last set of audited financials or at a particular date, using interim accounts.

If a couple is separating and choosing not to go to court, they cannot simply make their own agreement for splitting their fund balances. It must be done in accordance with the relevant legislation. This means either making a binding agreement, for which there are strict legal requirements, or going to court and having orders made.

HOW ARE THE ASSETS OF THE FUND ALLOCATED

The members not only need to consider what portion of the fund balance is split between them, but also how it should be split. Whilst it is simple to liquidate the fund assets and then pay one or both members’ entitlements as a rollover, it is also quite common to split specific assets between the members and transfer them in-specie to another fund.

When deciding how much super is to be split, capital gains tax is often not considered as this only impacts the fund once assets have been disposed of, which may not occur for a number of years following the split.

Consider an example where a fund has a property making up a large portion of the fund balance, with the remaining assets being shares and cash. The members agree one member will remain in the fund and keep the property, along with some cash, whilst the other member will transfer the shares and remaining cash to a new fund. Whilst at the time the split may appear to be fair and reasonable, it is important to consider the future CGT implications. For example the property may have been held for some time and accumulated unrealised gains while the shares were purchased recently with minimal gains. The potential CGT implications for the member who retained the property could lead to a significant penalty.

It should also be noted that where assets are transferred in-specie to a new fund due to a relationship breakdown, there is CGT relief and the cost base of the assets carry over to that fund.

Where there is a large age difference between spouses, preservation rules should also be considered. It may be that one member is retired or close to retirement and can utilise their super to meet their living expenses, whilst the other member might still be some way off accessing their super. This could impact the types of assets that are split, including both super and non-super assets.

It is also important to consider the tax components of each members’ superannuation interests; in particular, where one member has a higher tax-free entitlement and it is agreed that part of that member’s balance will be transferred to the other member. This could occur where members have multiple super funds or, where members have both accumulation and pension accounts within a fund. This should be reviewed before any agreement is made. We have seen instances where the court order is silent on this and simply states that a portion of one member’s balance is to be transferred to the other member, but did not stipulate if that should first come from their accumulation account that was fully taxable or, their pension account which had a high tax-free component.

One of the greatest challenges is where a fund holds unlisted assets that have no secondary market. This makes it very difficult to determine the true value of such assets, which may mean the members choose not to split the fund assets, until that asset is either sold or an accurate valuation can be obtained.

Consider an example where the trustees are determined to separate and split their SMSF, where the major asset is illiquid and unlisted with a high level of doubt over the recoverable value. They may be required to value the asset at either its original purchase price or even a nil market value. Unfortunately, there is the potential that the member who retained the unlisted asset, could receive an unfair benefit if that asset is sold in the future, in particular where they decide to value that investment at nil.

Accountants and advisers play a key role in guiding their clients through the difficult process of a relationship breakdown. It is imperative, though, that they are involved in considering these issues before a binding agreement or court order is made.