SMSF: Size matters when it comes to asset allocation 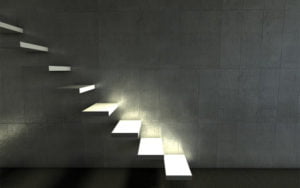 The ATO recently release statistics in relation to the 2014 year. We had a look at the comparison of asset allocation percentages from 2014 to 2011. As usual there were some interesting observations:

Funds of less than $1M increased cash holdings by 2.8% over the period 2011-2014. Cash holdings represented almost 45% of the total assets of these funds. For funds with between $0 and $200k the average holding of cash was more than 52% raising questions as to whether an SMSF is suitable for these members

For smaller funds increases in cash holdings appears to have come largely at the expense of listed shares which decreased, on average by 3.75% to 24.5% of assets, while for Funds over $1M, again the opposite was true – increasing share holdings by 2.0% to 33.3%

So smaller funds appear to be moving out of shares and into cash while larger funds are doing the opposite and now have a significantly higher weighting in shares.

It is curious as to why smaller funds have the opposite trend to their larger counterparts. Is this due to different advice or is it just that larger funds are likely to put more effort into asset allocation?

While there is no LRBAs statistics from 2011, the interesting take-out is that, while the average LRBA holding across all funds is 2.44% in 2014, LRBAs represented over 4.92% of assets for funds between $200k and $1M – more than double the overall average.