Are Transitions to Retirement Dead? 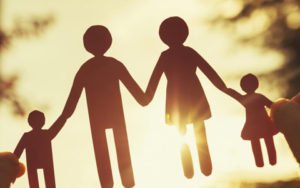 The concessional tax treatment for income from Transition to Retirement Income Streams (TRIS) will be removed from 1 July 2017.

TRIS allows members to reduce working hours and supplement this income with a regular ‘income stream’ from super savings. Employer contributions are paid to the fund as normal.

There are over 500,000 TRIS accounts so these changes will require significant decision making for many SMSFs. For all but a few genuine cases, TRIS may no longer be a viable strategy.

Under the current rules, pension account earnings are tax-free, and for members over 60, pension income drawdowns are also tax free.

Under the proposal, earnings of assets supporting TRIS pensions will be taxed from July next year at the standard superannuation tax rate applying to the accumulation phase (15% and 10? or 15% on capital gains)

At the same time as introducing the measure to remove the tax-free treatment, the Budget also introduces a lifetime Non-Concessional Contributions cap of $500,000 (retrospective).

Changes will also be made to remove the ability to treat certain superannuation income stream payments as lump sums for tax purposes.

This change may impact on the ability of many middle-income Australian to catch up on superannuation provision in the final years of their working lives.

This combination of taxing TRIS income and the lifetime contribution cap will adversely impact the taxation strategies of many high income earners.

One popular strategy for high net wealth members is to re-contribute their TRIS pension back into super as non-concessional (after-tax) contributions to boost their retirement savings. They have been able to draw up to $180,000 tax free and then re-contribute it as a non-concessional contribution, effectively growing their superannuation tax free.

This re-contribution strategy will now not only be less tax effective because of the tax on earnings but will also restrict these members from making future ‘real‘ contributions as they approach or reach the lifetime cap of $500,000.

For those close to retirement age, there is a small window of opportunity until July 2017 to benefit from the current rules.

For others, who use the TRIS purely for its intended purpose (to supplement income as they reduce hours) the option is still valid albeit with less tax benefits.

Others may still see some small benefit from differences between their marginal rate and the contributions tax rate.

Fund members under 65 receiving TRIS pensions may decide to retire in order to retain the tax exemption on earnings from their pension assets (assuming they satisfy conditions of release).

Given the limitations of re-contributing, many members currently receiving TRIS pensions will decide to move all their superannuation back into the accumulation phase so their fund will no longer have to make the minimum pension withdrawals.